Knitting is a remarkable passion for people across ages, gender, ethnicity and geography. While no two knitters share the exact same motivations, preferences and approach, the joy of knitting remains a common thread.

From time to time, we come across a knitter who is perhaps a little more different than most. One of these was Michael La Guardia, a senior product management executive in Silicon Valley. While his day-to-day is very much digital, he’s an avid knitter who prefers the challenge of making his own designs, inspired by patterns from all over the world. We couldn’t wait to dig into his inspirations and motivations and share it with you!

(See image gallery at the end of this post for examples of his finished works as well as design sketches from his notebook.)

Michael started knitting in 2013. He says it started with him one day asking himself “I wonder if I can knit a hat, and 8 years later, I am able to knit a hat.” He first learned from a book published in the 1940s, and it didn’t take him long to advance from that first simple hat, to larger projects, including those he makes the most often these days: sweaters. “I started with sweaters from that book. Most of the sweaters I have made have been knitting different pieces and putting them together, rather than knitting in the round. I will usually start and decide what sort of variant I want to do. The last one I made had a turtleneck collar, this next one has more of a shawl collar.”

Michael says he tends to live his life by these “I wonder if I could” statements, which is evident in his process of coming up with new ideas. He says he likes to add new elements to his projects, and starts with a simple foundation, and builds upon it, with his own ideas and designs he sketches out himself. Examples of this include, as Michael said, “I wondered, I wonder if I could knit a tree? And did that. Later I wondered if I could cable a circle.”

When asked if he is drawn to any particular fibers or types of yearn, Michael said he tends to stick with wool, and with materials he is familiar with: “I think of it like painting. A lot of painters will find the basic materials they like to use, and then see what they can do with that. I think it’s like that, you have your basic materials, and see what you can create with that.” While for some knitters, the personal touches they add to their work may be their choice of yarn or color combinations, for Michael, it is the design: “To me, it comes down to the imagining of something, and the creative process it takes to get from that imagining to the creation of it. I like the whole process, I’m not usually going from someone else’s pattern, I’m seeing what I want to create, and doing that.”

When we asked Michael which he liked better, the process or the final product, he said: “Both! I have found that it is much more satisfying to make something yourself, than to just buy it. If you want a nice sweater, it’s easy enough to go buy yourself a sweater, but that’s not the point.” Michael then summed this point up nicely by saying: “It’s meditation, at the end of which, you get a sweater!”

Like many people during these mostly virtual times, Michael often finds himself knitting during zoom meetings, and has often at in-person meetings as well. We asked him if he gets any funny looks when he does this: “usually people will ask about it. Sometimes it really throws people off, though. One time in a meeting, someone derailed their whole presentation and was like ‘What? You’re knitting?’. That happens sometimes, but it’s always positive”.

We also asked him if he has ever recruited others to become fellow knitters. He said that rather than this (although he has made a few attempts at directly teaching others), more often people will come up to him after they have started knitting, citing him as their inspiration. He says he thinks this is how it naturally goes: “Someone has to decide themselves ‘yeah, I want to do this’, so it’s rare that it’s been a direct recruitment.”

1 thought on “Knitting in Silicon Valley” 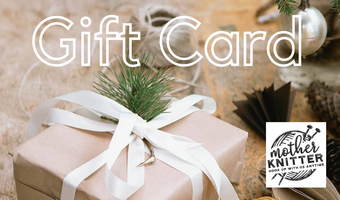 Domestic US orders over $150 qualify for FREE Shipping! Dismiss